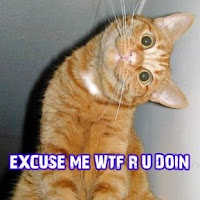 While trolling through the forums this morning (WTB less unscheduled downtimes for my server, kthx), I ran across a debate on the importance of haste for 3.2.

I was curious about the thread though it seemed to derail from haste to Revitalize and its value on a raid. I must admit, I didn't think it was all that good, since the tooltip is misleading. But, I spec'd for it anyway after my DK friend suggested it.

It seems to be a good move. We run a rather melee heavy raid set up, with upwards of three DKs and three rogues/kitty druids. For our frost DK, Replenish gave almost 300 runic power, and for the yellow bar crowd it gave usually over 150 Energy. This pales in comparison to their innate abilities, but since they were getting HoTs anyway, it is free dps for them and no strain on me. A win-win scenario.

Not everyone will have the same results. It still pales next to Replenishment for mana gains, but that is nothing new. But to totally dismiss Revitalize altogether I think is an easy mistake. I know I was reluctant at first but I haven't regretted my choice to pick up since. I see it as added utility. If we were a caster heavy group, I could see the mana gains laughable at best, but with all the melee we bring, anything to boost their dps is a win in my book.

Say What?
What confused me in the thread was this comment (not posting the commentor's name):

...more haste will help you cast regrowth faster, which you will more than likely use more than nourish anyway

Huh? Since they glyphed Nourish, I rarely use Regrowth anymore. Now I am really wondering if I am missing something. There are some fights I use it for (Mimiron, Thorim) but I use it as I think it was originally intended to be- a long slow HoT. For me, its a preloaded hot when I know folks are going to be taking damage at some point, just not immediately. It is not my emergency heal. It is not my primary Tank heal. In Naxx and in my early heroic days Regrowth was my go to spell, but with my role as raid healing, I find other tools to use. My targets usually have a HoT on them (Rejuv or Wild Growth) and if I need to burst heal them, I use Nourish.

I didn't think Imp Barkskin was that good, but I haven't done a lot of hard modes (just 10 man versions). I still see it as more of a pvp talent for where I am at in progression.


It depends on raid healing vs tank healing
To me, this is what makes the druid great right now. We have the chance to fill a couple different roles and perform them rather well. We are still jack of all trades in some areas, but to be able to make choices about the direction we want to take as healers puts us above the rest. I agree with some sentiments made that 3.2 will further streamline these directions.

Since I don't foresee my role changing in the future (especially with one of our shaman quitting the game), I will leave the tank healing to the Priest and Paladins. When we do 10 mans, my spec is flexible enough to get the job done, but MT healing will not be my primary job.

I do feel that Empowered Touch coupled with Tranquil Spirit and a handful of other talents will cause some tough choices to be made with tank healers, and Revitalize seems the best way to cut points in order to make the most of that role.
at 7:49 AM