I know, I know, no one wants to hear what bosses I've downed or anything like that. But seriously, the last couple days of raiding have been insane and wonderful. 5 raiding firsts all back to back. Gotta love that!

Mimiron and Thorim have been our roadblocks the last couple weeks. I wrote earlier about the near meltdown Thorim gave us, and since then we set him aside to focus more on Mim.

Mimiron: our plan was to divide the raid into thirds for phase 1. I was in charge of the right side (as you are facing the big red button). It's a simple plan really. Couple hots on the napalmed folks and move to the MT when the plasma blast hits. Sometimes, if the timing was fine, I would Nourish the napalmed target a couple times to top them off, but Mim generally liked to Napalm right before the plasma blast, so there really isn't a lot of time to switch targets. Our tank is beefy (45k hit points and he isn't even a bear) but lose your concentration and he could go down like a rock quickly.

Phase 2 each side had an group healer and during the machine gun-like attacks, the sides clumped up and we let the healers do their thing.

During phase 3 and 4 myself and a priest were in charge of the range tank, while also tossing aoe heals on various groups of folks to keep them up. All that went smoothly, though things got a little nerve wracking when almost all the melee bit it in phase 4.

We all must have been in a zone because when the fight was over, several of us were like "Wow, did we win?" We were pushing it on getting all three sections down at the same time, so close that we thought we missed it.

Needless to say, on the heals of our Mimiron kill we moved to Thorim and smoked him, too. First time on either and we did them back to back. Whew!

Thorim is rough, I don't care who you are. We came in after a couple week break on him, which also meant upgrades and it nice to finally smoke him. We honestly didn't think we would get that far so quickly and the raid leaders forgot to mention a couple things to the raid: Chain lightning hurts so don't blow up your friends and move away from the little lightning... um... railroad tracks. I called them skittles over vent, which I don't think helped folks move out of the way very well. 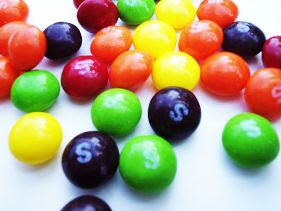 I will also say this... Talenn kicked ASS on Thorim. I don't normally call people out by name, but I was really impressed with how far our fearless leader has come when it involves raid healing (normally he tank heals). Just an amazing job in the arena. So much so, that I had to check the stat reports to just see what he was doing that I was not doing. (Note: more WG and Rejuvs) Great Job!

Next up... our Tuesday 10 man hard mode run. Our little group has been slowly working our way through the towers for FL and some other progression type stuff for a while now, and this week we resolved to hunker down and actually get some good hard modes done.

I wish I had some words of wisdom for healing through Heartbreaker. I spent a good portion of it pacing back and forth between the same 20 yard area in order keep hots on everyone. Rejuv, Lifebloom and Wildgrowth were my friends while the two paladins kept the tank up. Yes, we ran it with three healers and I will admit I cussed a lot as folks were running away- for good reasons- out of my range.

Hodir- we have gotten close on him before (like, 30 secs off the speed timer mark) and last night we tried it once again. I was slated to dps for the fight, but asking two paladins to duo heal it was a little much so we asked one of them to switch to his hunter and I moved back to healing.

Nothing new from my end, rejuv, lifeblooms on everyone. After five or so tries, things weren't looking any better and it was getting late. We called for a Last Try, no holds barred and kill him regardless of the timer. 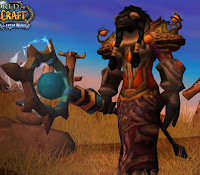 Then... BAM... without even paying attention to it, we downed him! The cache had a beautifulIcecore Staff, and I was holding my breath while the SP and the Elem Shaman sat on the roll window deciding on taking it or not. Silly dps... sexy staves are for druids :)


(Ed: skittles photo from Flickr by Special
at 6:15 AM